AmGeneral serves the Malaysian insurance market through approximately 1,400 employees at 33 branch locations. A top three motor insurer with a growing business in additional product lines, the company distributes its personal and commercial insurance products under the AmAssurance and Kurnia brands through more than 6,000 agents, brokers, car dealers, franchises and affinity partners, and its fast-growing digital and direct capabilities.

Citigroup, Inc. acted as financial advisor to Liberty Mutual in the transaction.

This article was published in the following media. Click on the title link or download PDF to read more. 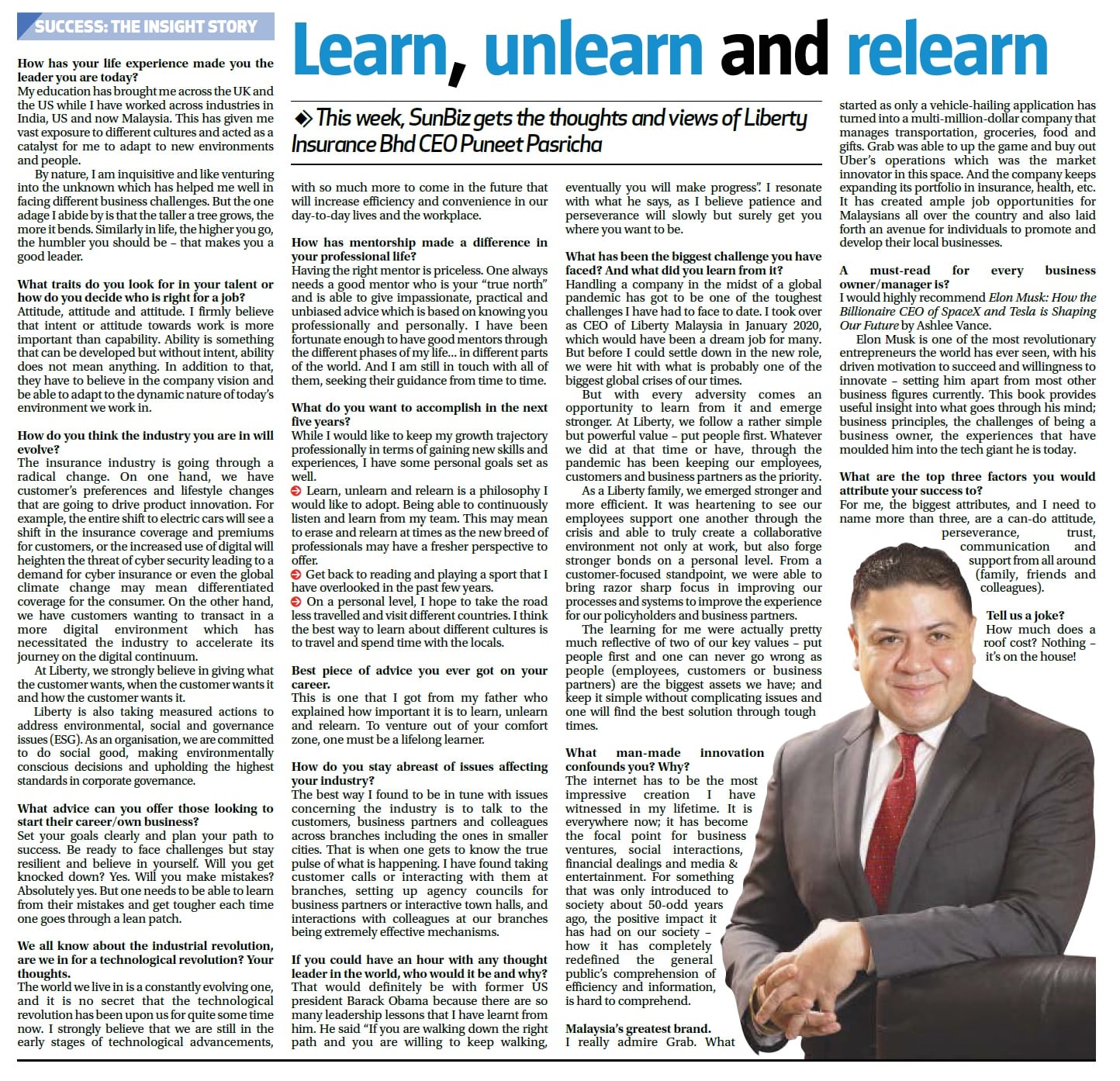 To serve our customers better, we would like to inform that our branches in Sitiawan and Teluk Intan, Perak have relocated.