KUALA LUMPUR, 9 June 2015 – Liberty Insurance Berhad, formerly Uni.Asia General Insurance Berhad (UAG) was officially launched today. This follows the acquisition of a majority stake in the company by Liberty Seguros, a subsidiary of the Liberty Mutual Group, which was completed in July 2014. The US-based Liberty Mutual Group (the Group) founded in 1912, is a global insurer listed on the Fortune 100. In 2014, the group recorded US$39.6b in revenue and US$124.3b in assets.

“UAG has a strong and proud history in Malaysia stretching back 38 years. Our success has been built upon our relationships with our clients as well as with other stakeholders. Moving forward, Liberty Insurance Berhad will incorporate our local experience and Liberty’s global expertise to further enhance these relationships,” Tan said.

Tan added that Liberty Insurance Berhad’s passion for making insurance readily available to all consumers contributes to the objective of ensuring greater insurance coverage for the population of Malaysia. “We believe that being insured is important for enhancing the population’s financial security and social safety net and we want to play an integral role in helping people in Malaysia live safer, more secure lives,” he said.

Meanwhile, Suzuki said the Liberty Mutual Group continues to embrace the local expertise of their operations while uniting everyone behind the strong values that give the Group its unique qualities. “Malaysia has a vibrant and developing insurance industry, and we are extremely excited to establish a footprint in this fast growing and profitable market. Together with Liberty Insurance Berhad, we look forward to our continued success in Southeast Asia’s second largest insurance market,” said Suzuki.

With the rebranding, Liberty Insurance Berhad’s 638 personnel add to Liberty Mutual Group’s more than 50,000 personnel in more than 900 offices worldwide. The Malaysian entity is the 30th country in the Group’s current diversified global presence, which is spread across Asia, the Americas and Europe through the Group’s international and global specialty strategic business units.

With 5 regional offices and 25 branches in Malaysia and 638 personnel, Liberty Insurance Berhad comprises part of the Group’s 50,000 personnel in more than 900 offices worldwide. The Malaysian entity numbers among Liberty Mutual Group’s current diversified global presence in 30 countries, spread across Asia, the Americas and Europe through the company's international and global specialty strategic business units. 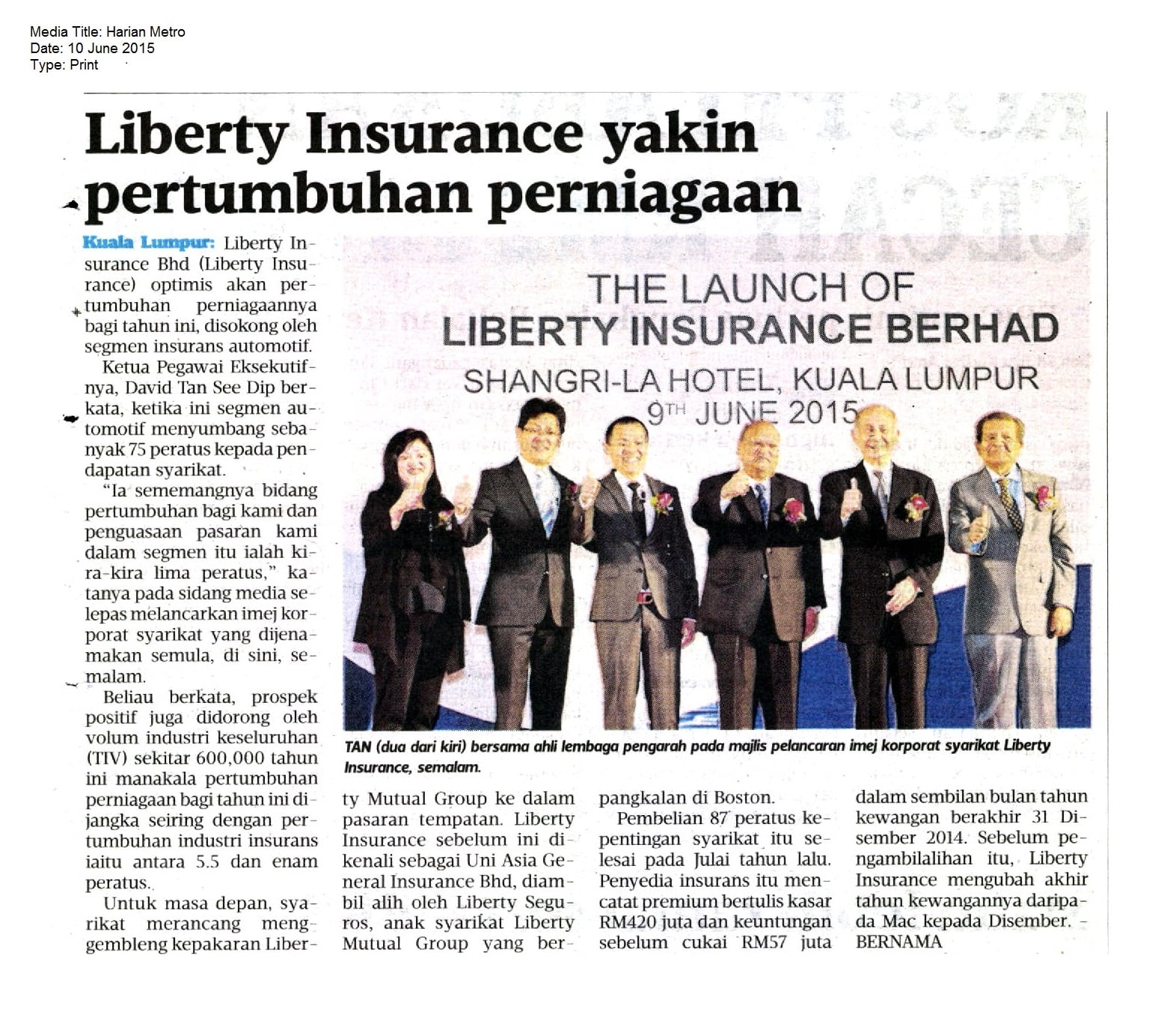